“Trust means having the guts to engage with one’s opposite and show vulnerability,” says Antoinette Weibel. The professor, lecturer and researcher at the University of St. Gallen (HSG), initially pays trust forward in her interaction with others.

It’s regarded as a fundamental prerequisite for collaboration, indeed for all things in business life – trust. A fascinating topic for economist Antoinette Weibel; something she’s been delving into since her student days. “Trust is the grease that makes transactions possible in the first place,” says the busy professor and director of the HSG Institute for Work and Work Employment Research in an initial attempt to define this otherwise multidimensional concept.

But trust is also an “enabler” that opens up leeway in negotiations and saves resources. And ultimately, trust is the backbone that supports companies in their efforts not only to perform well, but also to attract and retain highly talented people – an issue that has a lot to do with emotions and hopes.

It goes almost without saying that a person who places their trust in someone hopes that this person will not take advantage of it. Both parties need to engage with each other and be willing to show their vulnerability, notes Weibel in our discussion. The character of the participants plays an important role here, as do integrity and personal values. In this regard, Weibel refers to an insight from game theory, a method that models decision-making mechanisms in social conflict situations: “Trust depends on the intensity of the relationship – the better you know one another and the more intense the dialogue, the greater the inclusion of both parties is in the decision-making processes.”

The search for reliable sources

“What we’re seeing these days is society’s increasing mistrust of traditional institutions like the media, corporations, politicians and the government – even NGOs, for that matter,” Weibel has determined. This is also evidenced by the Edelman Trust Barometer, an annually published study by the PR firm of the same name, in which 33,000 people in 27 countries were recently surveyed on the subject of trust. People are on the search once again for what they consider reliable, trustworthy sources. Generally speaking, though, the most recent survey does reveal that the loss of trust in institutions has slowed to a certain extent, and in some regions the figures have actually risen modestly. “The free fall is over,” concludes the 19th edition of the Trust Baro­meter, which was published in January 2019.

“The aim of our research is to make mistrust measurable with the help of indicators.”

Drawing on studies like this, Antoinette Weibel and her team are also researching the subject of trust versus its counterpole, mistrust (see box). Whereas: “Mistrust is not simply the opposite of trust, but a category in its own right,” she says. While trust has to be developed over time, mis­trust often comes unexpectedly and quickly.

Antoinette Weibel is a professor at the University of St. Gallen and Director of the Research Institute for Work and Work Environments. Her current fields of investigation include the influence of institutions on the motivation of employees, trust in one’s company, stakeholder trust and the well-being of people at their place of work.

Antoinette Weibel is a member of several foundation boards, president of the First International Network on Trust (FINT) and a member of the steering committee of the European Group for Organizational Studies (EGOS). She is married and lives with her husband and two cats in the outskirts of Zurich.

For companies, mistrust primarily means added headaches, this in the form of increased controlling costs or efforts to nurture the firm’s reputation. Mistrust triggers stress and defence mechanisms in those affected, and can ultimately lead to hostilities and conflicts. She personally had to come to grips with the fact that mistrust can even be felt physically: “It gets you in the kidneys, can cause stomach pains and
sleep disorders,” says Weibel. Suddenly it became clear to her that she needed to continue her research in this field.

In describing her current project, she points out that “the aim of our research is to make mistrust measurable with the help of indicators, as well as to show how this phenomenon arises and the effect it has”. One of the questions is: How can lost trust be regained and what should companies do in the event of a loss of trust? Especially when stakeholders’ expectations of a company are high, they can be dashed in an instant. Here, transparency is always the best prescription. Technical problems, for example, are usually easier to explain than deliberate, premeditated misdealings. “Don’t keep the incident under wraps, and don’t simply shift the blame down the line of command,” advises Weibel. “One should own up to the problem, atone for it, seek dialogue with the affected stakeholders, and offer more than just an ‘Oops, so sorry.’”

It doesn’t hurt to be a little generous in such instances and to express self-criticism. The offender needs to take the other side seriously and be sensitive to their concerns. “Those who want to preserve their agility and gain room for manoeuvre should thoroughly war-game cases like this, draw conclusions and prepare the necessary measures in advance,” says the professor.

Research project Stakeholder Distrust
Antoinette Weibel’s current research project, funded by the Swiss National Science Foundation (SNSF), deals with the topic of “Stakeholder Distrust”. Its focus is on an integrated management approach aimed at avoiding mistrust in the first place and building prosperous trust-based relationships between the stakeholders and the management of a com­­pany. The project, carried out jointly with Prof. Dr Sybille Sachs of the University of Applied Sciences in Zurich (HWZ), is scheduled to run until 2021.

In business dealings, contracts – as im­personal as they are – can be used to achieve trust. They should be designed in such a way that they steer the behaviour of the partners in a desirable direction, Weibel adds. Suppliers ask themselves: How reliable is a company; does it pay on time? How does it treat me; does it give me any reason for doubt? Also employees – who as individuals feel even more vulnerable in this regard due to concerns about their career, salary development and their own self-image – give serious thought to: How loyal is my employer to me? How valuable are my skills to the company? Supervisors should be able to listen, understand the person, and have the courage to address also delicate topics. Why? Because this, too, engenders trust.

HR personnel, with their modern tools and methods, can foster trust or, alas, mistrust. An example of this is performance-based management, a widespread approach in the corporate world which is usually bonus-relevant and based on pre-agreed objectives, metrics, results and periodic evaluations. Here, the implicit signal to employees is: The work I do can be measured and my motivation is driven “extrin­sically” by means of financial incentives. Some employers tend to forget that in the minds of many employees there are other criteria than just money as a token of appreciation; for example, feeling that trust is placed in them, being assigned to demanding tasks, or having an attractive work environment.

Behind any organisation there are always people, with all their strengths, weaknesses and peculiarities. And the roles of the actors alternate: sometimes they perform as individuals, sometimes they represent the organisation as a whole; yet they always act within the framework of set norms and rules.

Today, leaders – CEOs in particular – are also expected to step up and take a stand, especially on socially relevant issues such as climate change, workplace equality and the future of labour.

They shouldn’t shy away from public ap­pear­ances, however not appear narcissistic or heroic in doing so. And they should have the fortitude to decide spontaneously, despite all the requirements attendant to compliance and political correctness. Weibel emphasises that it is important after­wards to actually deliver on these principles rather than just talk the talk. As Roman poet and satirist Horace already knew: “Too many promises lessen trust.” And how does she herself, as director of a scholastic institute, go about fostering trust within her team? “I give my associates a lot of headroom,” she assures us. 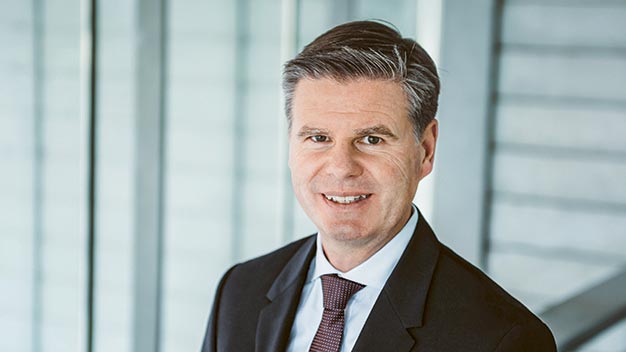 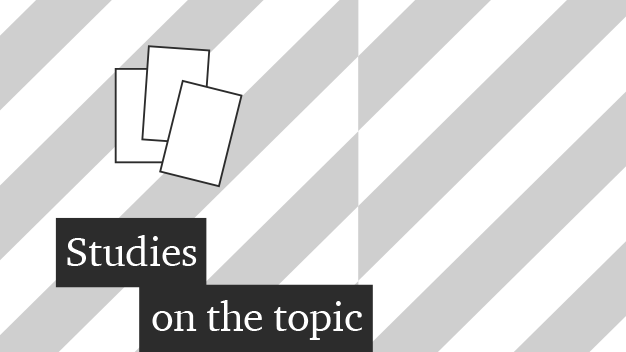 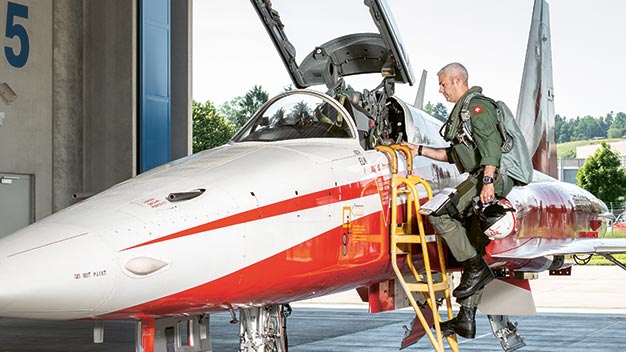 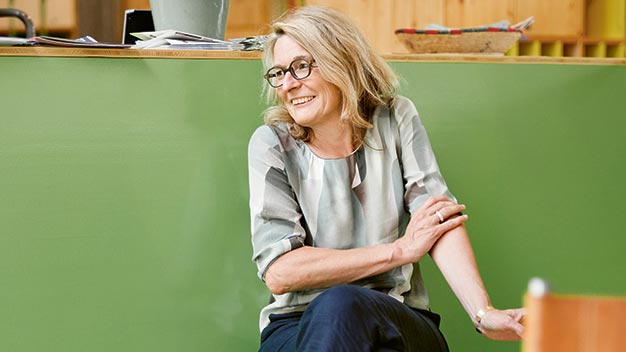